Electronic rearview mirror, is it subversion or gimmick?

Electronic rearview mirror, is it subversion or gimmick?

Last year, a luxury brand from Japan officially announced that it will launch an ES model equipped with electronic exterior mirrors in October this year. From the official image released, you can see that the two optical rearview mirrors on the ES that were originally located at the bottom of the A-pillar have disappeared, replaced by two cameras with a much reduced volume. 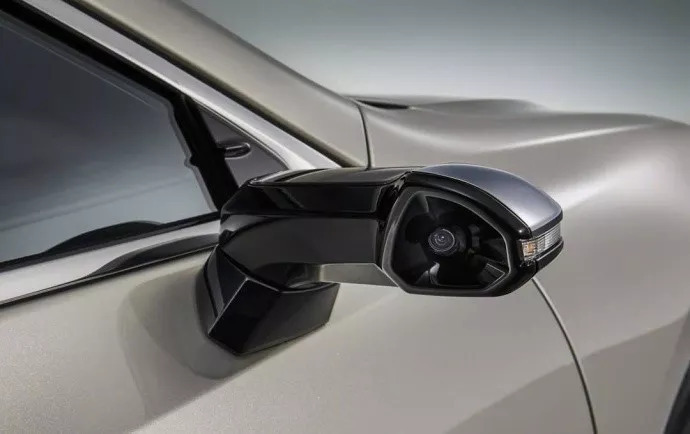 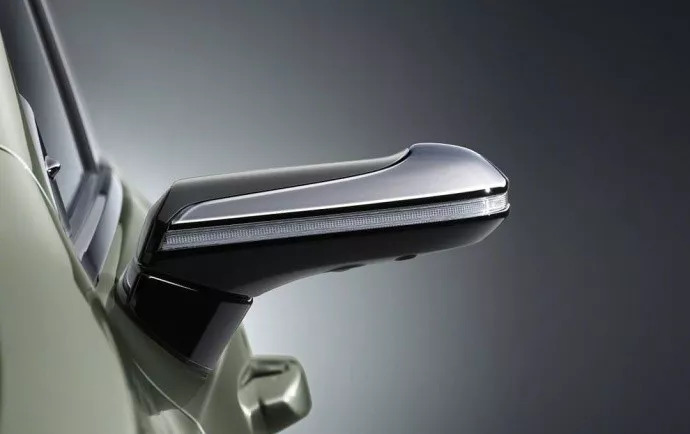 As for the display part in the car, the engineer added a 5-inch LCD screen on each side of the center console near the A-pillar to display the outside image captured by the camera; the reason why he chose to place the screen on the The relatively traditional position is also mainly to conform to the driver’s usage habits as much as possible. Although no dear has really used electronic rearview mirrors so far, this stuff should not be unfamiliar to the majority of riders. After all, this device has appeared in concept cars a long time ago, but Lexus is about to mass produce it. In addition, the near-stream streaming media rearview mirror of the electronic rearview mirror has appeared on the configuration table of many small-scale production models, but after actual use, it will be found that this new technology not only solves some pain points, but also itself Comes with a very fatal pain point. 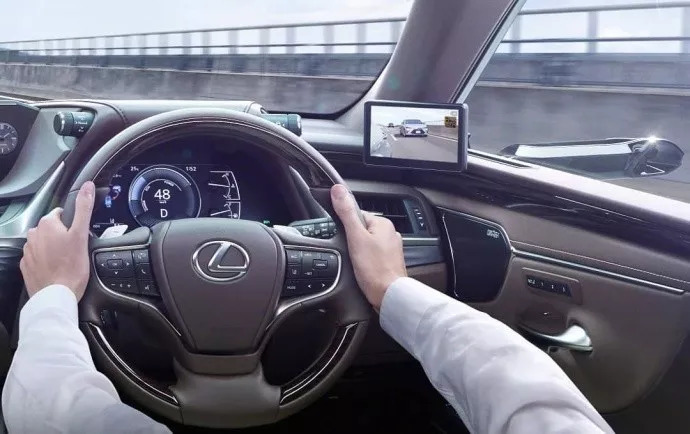 In traditional optical rearview mirrors, the curvature, shape, and size of the mirror surface are fixed. At most, the curvature of the lens is increased only at the outer edge portion, and a larger field of view is sacrificed by sacrificing the integrity of the picture. This is what we often call a double curvature rearview mirror. The part that simply relies on the large curvature at the edge of the rearview mirror has almost no way to judge the distance between the rear car and the car, at best, can be seen.

Before discussing electronic rearview mirrors, let’s review the layers of obstacles encountered when observing traditional rearview mirrors. The first is the rearview mirror lens. The rear-view mirror heating function on the mid-to-high-end models is definitely a configuration that can be easily overlooked, but it is really intimate. If you do n’t want this feature and you do n’t want to install eyebrows or use water repellent, then the rest There is only the physical option of a rag. Then comes the window glass, which is divided into outer and inner layers. The outer layer is mainly susceptible to rain, and raindrops are adsorbed on the glass to hinder the driver’s vision; the inner side is mainly affected by air conditioning and fogging, so designers usually need to set up a separate blower for the triangular area of the window. In contrast, the electronic rearview mirror is less troublesome, because the screen is moved into the car, so the only part that needs to be processed is the camera. At present, the solution given by Lexus ES still seems to be quite reliable. Through physical shielding and electric heating functions, it can cope with harsh environments such as rain and snow. 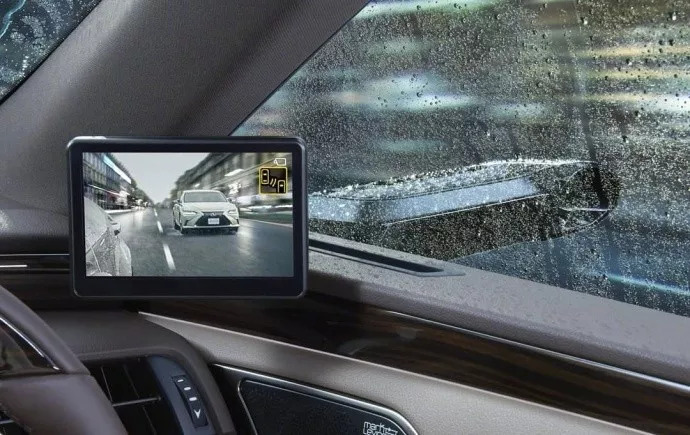 Although wind resistance and dead zone are two concepts that are incompatible with each other, it is not bad to discuss them together because the electronic exterior mirror greatly reduces the size of the entire system. The wind resistance is well understood. The volume of the camera must be much smaller than that of a large optical lens, so only the engineer needs to optimize it a little, then the wind resistance of the electronic rearview mirror will be greatly improved, which has a positive significance for fuel consumption and wind noise. . In fact, before that, engineers had done their best to reduce the wind resistance of the exterior mirrors, and the most intuitive way was to put an aerodynamic shell on the mirrors. It is just that the volume of the fairing fairing will inevitably increase, especially when looking at the rearview mirror of the co-pilot from the main driver. Often the area between the lens and the A-pillar will be blocked by the shell. After exaggerating the advantages of so many electronic rear-view mirrors, it’s finally time to make their debut. It is no exaggeration to say that if this pain point cannot be solved, it will even affect the large-scale promotion of electronic rearview mirrors.

Use experience is flawed

Before we officially talk about the shortcomings of electronic rearview mirrors, it is necessary to revisit a knowledge point in biology class: the focus of the eyes. If at this moment you are reading this text intently, then through Yu Guang, you will find that the picture outside the screen is actually blurred; if you look up at the surrounding scenes, you want to see the screen at the same time. The content is obviously impossible. So this leads to a term commonly used in photography: focus. The specific principles are not analyzed here. We only say the final conclusion is that when the human eye is staring at a certain place, the range that can be seen is limited, and this range is called the depth of field. For example, if you stare at a 30cm bottle of water in front of you, the range that can be seen at this time may be only a few centimeters before and after that bottle of water; and if you look at the scenery several hundred meters in front of you, the depth of field at this time is very large Except for the scene within a few meters in front of you, it is almost clear. The reason our eyes can focus back and forth and switch back and forth between close and distant is mainly because there is an important structure called a lens in the eyeball. When the human eye focuses, the brain controls the stretching of the ciliary muscle to change the shape of the lens, thereby changing its focal length, so that scenes with different object distances can accurately land on the retina. 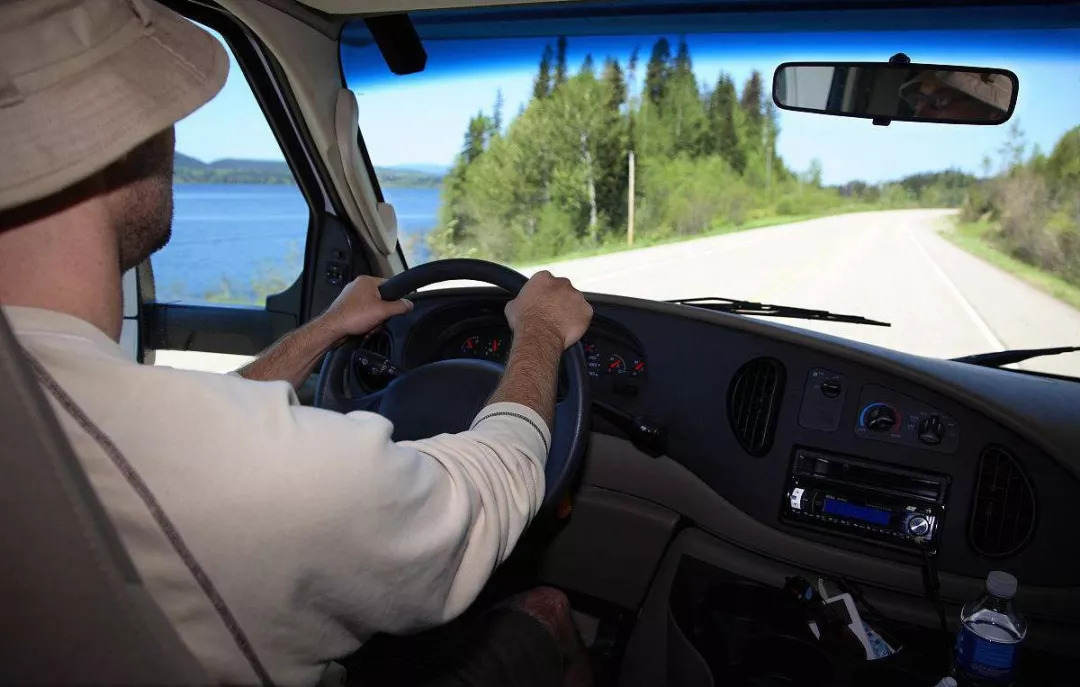 The key point here is that although the focus of the human eye is fast, it also has time, and frequently switching back and forth between close range and far view can easily cause eye fatigue. After laying so much ground, we return to the subject. The basic principle of optical rearview mirrors is specular reflection, that is, if the mirror surface is flat, the virtual image of a scene ten meters behind should be located ten meters in front; considering the mirrors of the external rearview mirror and the central rearview mirror They are all convex mirrors, so the actual size is reduced, and it is not that far. During normal driving, the driver ’s gaze is always on the road ahead, so the focus of the eyeball is almost infinity at this time; and the virtual image in the rear view mirror is actually in front of the driver, although the distance is slightly Close, but when the human eye is looking at a distant object, the depth of field is very large, so when the line of sight is switched from the front to the rearview mirror, there is almost no need to refocus. But the electronic rearview mirror uses a positive display, so there is no such thing as a real image. Therefore, every time you look at the rear-view mirror, the eyeball that originally focused at infinity needs to be refocused to a distance of 60 to 70 centimeters. It can not achieve a seamless connection of sight, and the burden on the eyeball is greatly increased. Therefore, the main reason why many people feel uncomfortable after using streaming media rearview mirrors is that the focus of their eyes frequently switches back and forth. In addition, due to the dark light at night, the amount of light entering is small, the pupil is enlarged, and the depth of field is smaller, the above phenomenon will be more obvious at night. 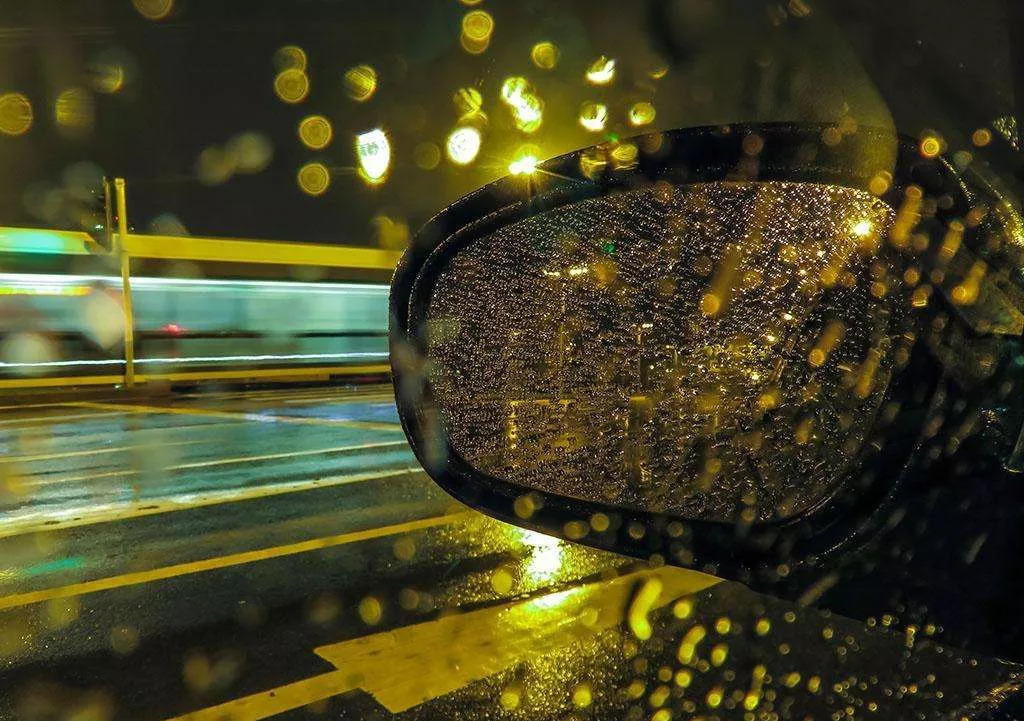 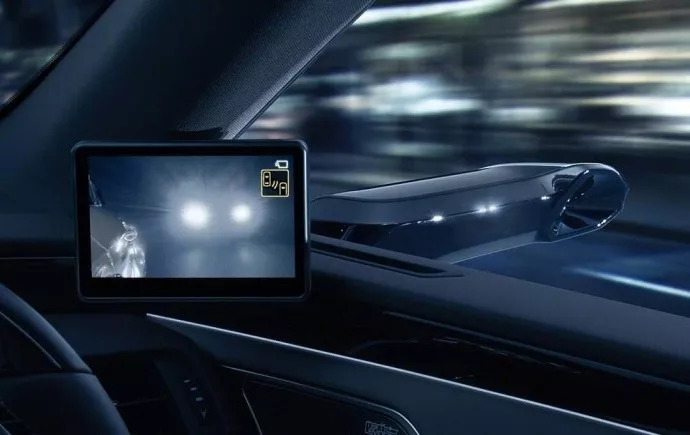 It is undeniable that the electronic rearview mirror does have its necessity. After all, it has solved several difficult problems that have troubled the traditional rearview mirror for a long time; but at the same time, the current solutions using LCD screens bring New troubles that easily make eyes tired. Then there is no best of both worlds? Make a prediction here, maybe HUD’s technology will give some inspiration to engineers, because increasing the image distance through the projection method may well solve this problem.